Diaper Rash: How to Soothe and Protect Your Baby's Bottom

Diaper Rash: How to Soothe and Protect Your Baby's Bottom 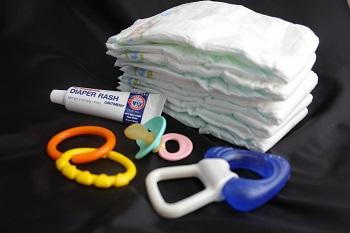 A baby’s soft, smooth skin is delicate, making it susceptible to diaper rash, a common and mild irritation of the skin that causes redness in the area where the diaper is worn. Most cases of diaper rash are caused by excessive moisture from leaving a wet or soiled diaper on for too long. The baby’s skin becomes red, irritated and prone to chafing. Painful sores can develop, and the baby becomes vulnerable to yeast and bacterial infections.

According to the American Academy of Pediatrics, more than half of babies between 4 months and 15 months of age will experience diaper rash at least one time in a two-month period. Diaper rash is most common between 8 to 10 months of age, or when a baby is introduced to solid foods, which increases the frequency of bowel movements.

If your baby develops diaper rash, one way to improve its condition is to change his or her diaper frequently. Other helpful ways to treat diaper rash include:

Parents may not be able to prevent diaper rash completely, but you can do a lot to keep the irritation to a minimum. The American Academy of Pediatric recommends the following steps to keep diaper rash at bay: